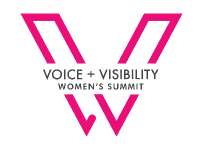 Women’s Team a Beacon of Hope!
By Shannon Rohrer-Phillips

Thank you to the Herald-Tribune for publishing this opinion piece from our Founder, Shannon Rohrer-Phillips!

By Shannon Rohrer-Phillips
July 9th, 2019
Posted at 5:31 AM
On Sunday, sitting on the edge of my couch, I watched the U.S. Women’s National Team beat The Netherlands in the World Cup Finals. Along with a record number of spectators across the world, I recognized that this match, and the journey of this particular team, symbolized so much more than athletic excellence.

For those of us in the diversity and inclusion business, this team — its players’ voices, boldness and gender-discrimination lawsuit against the U.S. Soccer Federation — served as a beacon of hope as we strive for equal pay and treatment for all. It is 2019, after all, and our daughters, and sons, are watching closely.

Naysayers of equal pay in athletics have long said that this team, and female athletes in general, experience pay differences (drastically inferior income and sponsorships) due to differences in the aggregate revenue generated by their teams and performances. The U.S. Women’s National Team just blew that line of thinking out of the water; it is a game-changer.

This team has generated more revenue and higher TV ratings than its male counterpart, but its players remain drastically underpaid. In fact, the U.S. women’s soccer games have generated more revenue than U.S. men’s games over the last three years, bringing in over $50.8 million from 2016-2018 alone. Money is being made off this world-class team, but not enough goes to its players.

Many say Megan Rapinoe, the co-captain, has become a divisive figure. I certainly prefer to see everyone participate in the National Anthem with hand over heart, but if dissenters get us in a dialogue about gender and racial equity, I’m OK with it. Megan is a bold crusader for equality in a very divisive time. In today’s culture, a broad range of tactics and strategies must be implemented to advance equality.

It’s been a pretty stellar week for female athletes on the world stage. The phenomenal 15-year-old Coco Gauff advanced to the round of 16 at Wimbledon. After defeating her mentor Venus Williams in her first round match, she came up victorious over Polona Hercog. Her sensational Wimbledon run came to an end Monday when she lost to the seventh seed, Simona Halep. Coco is a young woman with poise and talent, and is now trending worldwide as people are “Loco for Coco.” Let’s hope the sponsors and dollars follow suit.

It’s a great time for women to take the field, and center court indeed. Female athletes demanding equal pay energize and inspire all women. Female athletes are uniquely suited to shine the light on the pay-equity conversation.

Sports have power. Sports are big business. Sports coverage on TV and in media, sponsorships and programming have been overwhelmingly dominated by men for decades. As we watch these women succeed, they embolden all women, especially those in the most overworked and lowest paying professions, to claim their value. Their trophies, tears and celebrations are for girls and women across the globe. When they lean in, we cheer them on and follow.

Let’s get it right this time. Let’s dare to shine like the U.S. Women’s National Team and close the pay gap.

As Megan Rapinoe said in her interview right after the USA World Cup Victory, “We’re crazy … We just have no quit in us.”

Now pay us what we are worth.

Shannon Rohrer-Phillips is a social entrepreneur and soccer mom of two teenage boys. She is the CEO of SRP, LLC a social impact agency committed to diversity and inclusion solutions, and the founder of the Inaugural Voice + Visibility Women’s Summit in Sarasota.

Here’s to Progress…We Just Have No Quit in Us!